The Emotional Power of the New Year 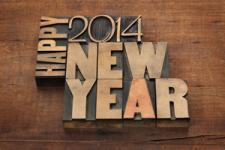 As traditional as the ball dropping in Times Square on New Years Eve, so too is the annual activity of setting New Year’s resolutions. With the euphoria of a blank slate, many will start out to break the habits that they are less fond of. Despite good intentions, most will not succeed at breaking their bad habits and upholding their resolutions. According to British psychologist Richard Wiseman’s 2007 study on new years resolutions, 88% of the 3,000 people surveyed admitted failure. The reason for such a high failure rate has its roots in emotions. While the excitement and optimism of the New Year are often great motivators to get these new goals off the ground, what is needed in order to sustain them is actually a shift in focus to a different emotion.

Recent research presented at last months meeting of the Consortium for Research on Emotional Intelligence in Organizations (CREIO) verifies that emotions play a significant role in goal achievement and decision-making. Professor Stephane Cote of the University of Toronto’s Rotman School of Management, who presented his findings at the meeting, states that “understanding the causes of emotions – the events that initially triggered them – could be important to modify them effectively.”  He takes this statement a step further when he explained that emotional intelligence matters and that emotions contribute to (mis)alignment between goals and behavior - which emotions people feel determine if they will achieve their goals.  What we can gather from these findings is that the role our self-awareness plays in our goal achievement and decision-making is great.

By applying Cote’s findings to New Years resolutions we can begin to understand how emotions play a role in our behavior of goal setting. While the intention is great (It’s the New Year, therefore I feel excited and optimistic about making a new goal), we often choose to rely on the emotion of excitement to set our goals in motion and unfortunately this very excitement may be what causes us to fail. As anyone who has set a New Year’s resolution can attest to, as time progress excitement can wear off causing us to feel discouragement and frustrated. This discouragement causes a misalignment with our goal and our behavior, which results in failure (the excitement wanes, discouragement rises, our motivation and willingness drops). While the problem is often emotional so to is the solution. By being able to understand when the mind has wandered off to a negative emotion one can make a choice. Doing this routinely is called reframing. By being able to decide to feel a positive emotion we use our self-awareness effectively and position ourselves to achieve our goal.

When it comes to goal achievement, making a plan is a start, writing it down is better, but, understanding the relationship of thoughts, emotions and actions is critical to being a consistent goal achiever. Developing emotional intelligence habits through coaching can also help you increase your success rate.  In fact, Cote, states that “by helping individuals select the appropriate strategies to manage emotion, emotional regulation knowledge, contributes to goal achievement.” A coach can develop the necessary skills, like self-awareness, so that you can become part of the 12% who achieve their resolutions.