How Our Expectations Shape Our Reality 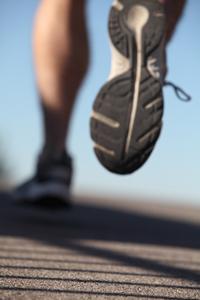 Years ago, I found myself at a neighborhood cocktail party enjoying a warm, early summer evening with friends. While catching up with Bill, a close buddy of mine, he casually shared with me that he had begun training for the Chicago marathon in the coming fall. Having toyed with the idea of someday running a marathon myself, I was curious to learn more about what he was doing and how it was going. My curiosity was also laced with a bit of silent disbelief since this particular friend was not someone that let's say, missed many meals or turned down dessert; if you know what I mean.....

As we were talking about his training, he casually mentioned he had run 12 miles that day. Never having run more than 8 miles myself and unable to hide my disbelief any longer, I blurted out, "Are you kidding me?? No offense but how did YOU run 12 miles?" Being the great friend he is, Bill sidestepped my obvious jab at his physical fitness and answered the question. "I just run at a slow enough pace so that when I finish, I'm not out of breath." he replied. His answer hit me like a bolt of lightning. It locked up my brain. In fact, I wasn't even sure I heard him correctly. I asked him to repeat what he just said. He said a bit more slowly so I could get it this time, "I slow my pace down so that I'm running about 12-15 minutes per mile and just focus on completing the distance. I don't worry about my speed."

All of a sudden I realized in the blink of an eye that part of my challenge with thinking I could never run 26 miles was that I was focusing on the wrong thing. I had been focusing on my speed while running, not the distance. I was thinking that in order to run 26 miles I had to keep an 8 minute per mile pace. I know there are plenty of people who can do that but at 42 years old, I wasn't one of them. I had some soul searching to do. Was finishing the 26 mile distance more important to me than the pace I was running? After a few days of contemplation, I called Bill back and asked if I could run with him the following weekend....

Expectation shapes our reality. David Rock and Dr. Jeffrey Schwartz in their article, "The Neuroscience of Leadership" share that "Cognitive scientists are finding that peoples' mental maps, their theories, expectations, and attitudes, play a more central role in human perception than was previously understood."

In order for me to run a marathon, my mental map needed to change. It's the old cliché, "Sometimes how we see the problem is the problem." Once that shift occurred in my mind, I began to see new possibilities.

That next Saturday with Bill, I ran twelve miles.

What challenges are you dealing with right now that you just can't seem to overcome?? Like thousands of executives and organizations we've helped over the last ten years, maybe talking with someone at Think2Perform can help you change your mental map?