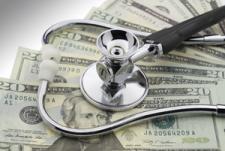 For the last several years I have been seeing the connection to the health care and wealth industries, but articulating that connection in a compelling way to the respective industries has not been easy. That said, the inevitability of the convergence of the two is now upon us, and for the sake of Americans we must make the connection.

Consider this. The health and wealth issues facing Americans and many other developed countries around the world are primarily behavioral.  Interestingly, for those having financial problems and/or health problems, it is not uncommon for their problems to be directly related to their behaviors. For example, if someone has excessive debt it is usually true that they spent money beyond their means.  Similarly, if someone is out of shape, overweight, and has excessively high blood pressure, it is likely they eat too much of the wrong foods and exercise too little.

Although it is true that many people are born or thrust into circumstances beyond their control, it is also true that many people have more to do with their circumstance than they care to admit.  In his recording "Living Well, Dying Well", Sogyal Rinpoche says something like this: "If you want to understand your current condition look into your past actions. If you want to understand your future condition look into your present actions".

So exactly how does wealth care (we're going to spell it WealthCare) support health care? Here's what we know is true for many as they move chronologically through life ( and this especially true in the United States for people approaching or already at the ages when they become eligible for benefits such as Social Security and Medicare):

And it is when we connect the three data points above that we see the connection between wealth and health.  Think of an M. As financial stress rises, one's ability to handle things emotionally falls.  As one's ability to handle things emotionally falls, one begins to make more irrational decisions. As irrational decision making and behavior rises, both one's physical and one's financial health suffer (rising stress levels impair health).

Because it is true that wealth and health problems are frequently directly related to behaviors, it is also true that the solution is behavioral.  A simple, but not easy, action one can take is to be clear about their values and goals and to develop a plan to align their behaviors with their goals and their values.  Of course, the plan is meaningless without action.  And yes, that does mean behaviors!